It comes after a government review found the number cases taken to employment tribunals had fallen by 70 per cent following the introduction of the fees four years ago.

Unison, the UK’s largest trade union, won the “landmark” victory after they argued that the fees of up to £1,200 discriminated against workers.

In their ruling, the court said: “A significant number of people have found the fees unaffordable.”
The Ministry of Justice said the Government will take immediate steps to stop charging employment tribunal fees and refund those who have paid.

General secretary Dave Prentis said: “The Government is not above the law, but when ministers introduced fees they were disregarding laws many centuries old, and showing little concern for employees seeking justice following illegal treatment at work.

“The Government has been acting unlawfully, and has been proved wrong – not just on simple economics, but on constitutional law and basic fairness too.
“It’s a major victory for employees everywhere. Unison took the case on behalf of anyone who’s ever been wronged at work, or who might be in future. Unscrupulous employers no longer have the upper hand.

“These unfair fees have let law-breaking bosses off the hook these past four years, and left badly treated staff with no choice but to put up or shut up.

“We’ll never know how many people missed out because they couldn’t afford the expense of fees, but at last this tax on justice has been lifted.

The decision marks the end of a four-year fight by Unison to overturn the Government’s introduction of fees. 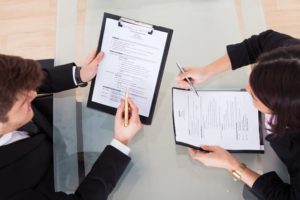